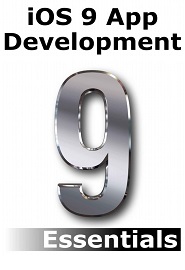 Описание: iOS 9 App Development Essentials is latest edition of this popular book series and has now been fully updated for the iOS 9 SDK, Xcode 7 and the Swift 2 programming language.

Beginning with the basics, this book provides an outline of the steps necessary to set up an iOS development environment. An introduction to the architecture of iOS 9 and programming in Swift is provided, followed by an in-depth look at the design of iOS applications and user interfaces.

The aim of this book, therefore, is to teach you the skills necessary to build your own apps for iOS 9.