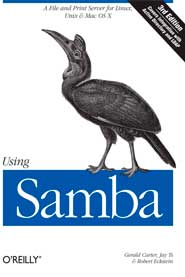 Content: You are reading a book about Samba, a software suite that connects Windows, Unix, and other operating systems using Windows’ native networking protocols.

Samba allows Unix servers to offer Windows networking services by matching the filesystem and networking models of Unix to those of Windows. Samba acts as a bridge between the two systems, connecting the corresponding parts of their architectures and providing a translation wherever necessary.

Bridging the gap between systems as dissimilar as Windows and Unix is a complex task—one that Samba handles surprisingly well. To be a good Samba administrator, your abilities must parallel Samba’s.

For starters, you need to know basic Unix system and network administration and have a good understanding of Windows filesystems and networking fundamentals. In addition, you need to learn how Samba fills in the “gray area” between Unix and Windows; for instance, how a Unix user relates to a corresponding Windows account.

Once you know how everything fits together, you’ll find it easy to configure a Samba server to provide your network with reliable and high-performance resources.